How Is Property Divided in a West Virginia Divorce? 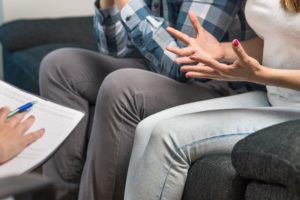 The leading financial issue in a divorce is usually the division of the couple’s property. But what are the rules in West Virginia about who gets what? West Virginia operates under a principle of equitable distribution, which means the court divides the marital estate in a manner that equitable. There are several steps to the process, and each requires proper management, if you want to come away with your fair share.

Categorizing property as separate or marital: Under the law, spouses may keep their separate property, but must submit all marital property to the estate for equitable distribution. The parties must disclose their assets and debt, making a case for whether each item should be considered separate or marital. Generally, marital property consists of all debts and assets acquired during the marriage, and separate property includes:

However, it is possible for property that was originally separate to become marital property through a process called commingling, which essentially means using separate property as though it were marital. Naturally, disputes over the proper category for particular assets and debt arise frequently.

Valuation of marital property: Each item in the marital estate must have a value assigned prior to distribution. Disputes often arise over the true value of assets, such as real estate, motor vehicles, businesses, and financial assets. Parties often present contrasting appraisals to the court. After individual items are valued, a total value of the marital estate is given.

Distribution of marital property: Unlike some other equitable distribution states, West Virginia begins with a presumption that portions should be equal and then addresses several statutory factors that could favor one spouse or the other. Major factors include:

It is very important at each stage of the process to have knowledgeable advice to support your claim. An experienced family law attorney can help you: