How Do Wrong-Way Highway Accidents Happen? 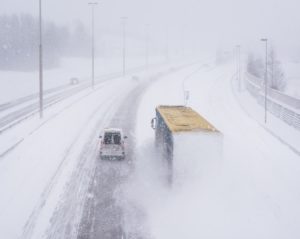 Wrong-way driving collisions at highway speed are the deadliest type of passenger car crashes because of the combined force of the vehicles bearing down on each other. In some instances, the opposite sides of the highway are divided by only a yellow line or a grass median without any barrier. Such roadways are vulnerable to collisions that occur when a driver veers or drifts across a median, due to intoxication, fatigue, distraction or a mechanical failure such as a tire blowout.

But wrong-way accidents also occur when a driver enters a freeway up an on-ramp. The vehicle then accelerates to merge with traffic, which is coming right toward it. The reasons most often cited for this type of wrong-way collision are:

When the roadway design or maintenance is a factor causing a wrong-way entry, governmental immunity statutes may affect who can be held liable for injuries and wrongful death that result. However, when a driver’s intoxication causes him or her to miss or misread a sign, a jury could decide the driver alone was responsible.

In 2012, the National Transportation Safety Board  released a study on the issue of wrong-way driving on U.S. freeways and made several recommendations to address the danger. The board urged states to adopt mandatory ignition interlock devices for DUI offenders, develop a comprehensive highway safety program for older drivers, modify designs so that drivers have distinctly different views when traveling on exit and entrance ramps, and train police officers on ways to respond to instances of wrong-way driving.

If you or a loved one has been seriously injured in a car accident in West Virginia, consult an experienced personal injury attorney at Kaufman & McPherson, PLLC.