What Are the Rules on Spousal Support (Alimony) in a West Virginia Divorce? 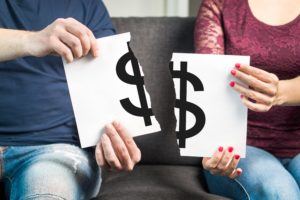 When a couple dissolves their marriage, support for a dependent spouse, also called alimony, is often appropriate to prevent financial hardship for one spouse and unjust enrichment for the other. There are several ways to create an obligation to pay alimony:

Of course, before you enter into any agreement on alimony, or try the issue as part of a divorce, it’s important to understand the rules. Here in West Virginia, there are four classes of alimony:

In deciding whether to award alimony, the court does not consider the genders of the spouses, but does weigh 20 statutory factors, which include:

West Virginia courts are allowed to consider marital misconduct, such as adultery, when deciding to award alimony. A court can order the supporting spouse to pay from income or from wealth, but cannot order payments that are “disproportionate to a party’s ability to pay.”

Whether you pay or receive alimony, how you resolve this issue is vitally important to your future financial security. For knowledgeable and effective divorce representation, consult an experienced family law attorney at Kaufman & McPherson, PLLC.