What Happens When a Custodial Parent in West Virginia Wants to Relocate? 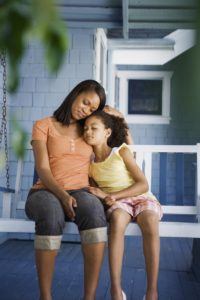 One of the most challenging issues in child custody arises when a custodial parent wants to move out of state or at a distance that substantially burdens the other parent’s contact with the child. Parents seek to relocate for a number of reasons, including:

However, a custodial parent whose children are subjects of a court-issued child custody order cannot simply move. West Virginia Code §48-9-403 lists a number of steps in the process to modify a custody plan to allow relocation. First, the parent proposing the move must provide a minimum of 60 days’ notice of the intended move to the other parent, which must include:

Following a notice of relocation, the next step is the parents’ attempt to reach an agreement on a revised parenting plan. Often, this step includes mediation.

If parents cannot reach agreement, the case goes to court, and the judge applies numerous factors to decide whether the proposed move is in the best interest of the children. Weight is also given to the relative time the children have been spending with each parent. If the parent requesting the move “has been exercising a significant majority of the custodial responsibility,” the law favors a move made in “good faith,” which generally means for a “legitimate purpose” rather than to cause hardship to the other parent. But the court might still approve a move even when there’s no proof of good faith, if the move is in the best interests of the children.

When the court approves relocation, the law requires the court to “attempt to minimize impairment” of the other parent’s relationship with the children.