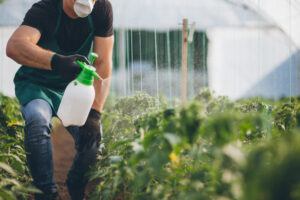 If you frequently used the popular weed-killer Roundup and developed non-Hodgkin’s lymphoma or some other form of cancer, you may be able to recover costs and damages against the product’s manufacturer. As of August 2019, there were more than 18,000 claims pending claims charging that Monsanto, the manufacturer of Roundup, failed to warn against the health dangers posed by the herbicide. Three California plaintiffs have already won sizable judgments against Monsanto and its parent company, Bayer AG. The most recent of these awards, $2 billion in May 2019, resulted from a claim by a husband and wife in Oakland who had routinely used Roundup since 1975. Both had developed non-Hodgkin’s lymphoma.

Roundup had been widely used by landscapers, farmers, agricultural laborers, nursery and garden center workers and home gardeners by the time the World Health Organization (WHO) reported in 2015 that the active ingredient, glyphosate, increased the risk of Parkinson’s disease, a neural disorder, and lymphoma, a form of blood cancer. In 2017, California added Roundup and glyphosate to its list of cancer-causing substances. In addition, more than two dozen states and cities in the U.S. have banned the use of Roundup within their jurisdictions.

However, the U.S. Environmental Protection Agency (EPA) has not outlawed the use of Roundup. Moreover, in April 2019, CNN reported that the agency had reaffirmed its position that it had not found a ”cause-and-effect relationship between exposure to glyphosate and Parkinson’s disease or non-Hodgkin lymphoma.” Monsanto continues to assert that Roundup is safe for humans when used as directed.

Cancer patients who believe their illness resulted from exposure to Roundup should know about recent developments in the litigation against Monsanto and Bayer. First, a judge has consolidated several cases into a mass tort action to streamline case management. Second, in May 2019, a California judge has ordered the parties to begin settlement talks and appointed well-known attorney Kenneth Feinberg to mediate the more than 900 Roundup claims filed in U.S. District Court in San Francisco. These negotiations are ongoing and more and more plaintiffs are filing claims.

If you or a loved one developed cancer or other medical conditions after having used Roundup for a sustained period of time, you should speak to a defective products lawyer to learn about your legal options. At Kaufman & McPherson, PLLC in Bridgeport, West Virginia, our attorneys can advise and represent you in your claim against Monsanto and Bayer. For a free initial consultation, call us at 304-842-4300 or contact us online.