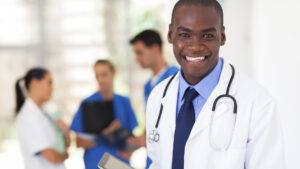 Advanced medical technology has made once-rare surgeries like hip replacements commonplace today. While most patients enjoy an improved quality of life, those with defective implants have found their health declines greatly. Some of the most commonly used hip replacements contain a metal that deteriorates, causing metallosis — the deposit of debris in soft tissues around the joints — as well as cobalt poisoning.

Most metal hip replacements are expected to last at least 10 years before any revisions or corrective surgery is needed. But some people with defective implants found after only a matter of months that their hips were not functioning correctly. Multiple failures have been discovered. In some patients, the implants failed to fuse with surrounding tissue while in others with the joint lubricant failed, promoting friction and even breakage. Friction leads to dangerous metal shards being released inside patients’ bodies, which can cause poisoning and other health problems.

A legal claim against the manufacturers of defective orthopedic replacements can compensate for medical bills, lost wages and other expenses relating to a defective implant. Damages can also be sought for pain and suffering, a diminished quality of life and other detriments to health.

If you have questions about your legal options for dealing with a defective hip replacement, it is important to speak to an experienced products liability attorney as soon as possible. At Kaufman & McPherson, PLLC we have over 30 years of experience helping West Virginians win just compensation for their injuries. We offer a free consultation in defective-product cases. You can reach us in Bridgeport at 304-842-4300 or you can contact us online for prompt assistance.